The Housing Kent organization is the result of 130 public and private sector, nonprofit, and philanthropic organizations who came together to examine the homelessness crisis over a three-year period. Their mission is to increase access to affordable housing and decrease homelessness for families, children, and youth, with an intentional focus on eliminating racial disparities in Kent County. The organization will accomplish this by focusing on the entire spectrum of the system from those who have no housing to those who are housed by choice. A specific emphasis will be placed on eliminating housing insecurity for Black and Latinx children and families, who are disproportionately impacted. The number of people in the homeless system grew by 37% in Kent County between 2017 and 2019, with the largest growth being seen in families with children. Exacerbating this economic vulnerability are sharp breaks in the data along the lines of race and ethnicity. Nearly one in six African American children in Kent County accessed the homeless system at some point in 2019 compared with one in every 130 White children.

“A staggering number of our neighbors are homeless, constantly moving from place to place,” said Salvador Lopez, KConnect President and Housing Kent’s Interim President. “Without a dramatic redesign, they will never be able to afford a home of their own choosing. It is long past time for us, as a community, to acknowledge policies deeply rooted in racial bias; we need to encourage balanced investment, and accelerate the meaningful change we know is possible.”

To combat housing instability in Kent County, numerous cross-sector stakeholders in the community came together for nearly two years to create a common agenda and roadmap plan to address systemic issues in housing stability, racial and ethnic disparities, as well as, barriers to collaboration. The process was facilitated by KConnect, Kent County’s backbone organization for the community’s collective impact initiative. The energy and momentum behind this process turned it into an actionable movement with the creation of Housing Kent.

Housing Kent will work alongside existing efforts and organizations to create alignment within the county’s current approach to homelessness. This approach will develop a comprehensive housing system resulting in an over one-third reduction of children and adults needing to access the homeless system in Kent County.

As part of the equity and community engagement plan outlined within the roadmap, Housing Kent will partner with organizations like the Urban League of Western Michigan and the Hispanic Center of Western Michigan to serve as intermediaries between the system and the community to lift up the voice of residents and bring them to the decision-making tables.

“Over the last ten years, the median sale price of homes in Kent County have increased by 120%. There are tens of thousands of households that are paying too much of their monthly income to housing costs,” said Tasha Blackmon, Board of Trustees Co-chair for Housing Kent and President and CEO of Cherry Health. “Behind the data are real families in our community and the facts underscore one point: we must act now.”

Housing Kent’s action for each category of the housing spectrum is as follows:
● No Housing: Secure residents an immediate place to stay
● Temporarily Housed: Ensure permanent housing for all residents
● Soon to Lose Housing: Save housing or obtain new housing
● At-Risk of Losing Housing: Stabilize at-risk households
● Insecurely Housed: Address health, safety, and finances of occupants to further stabilize housing
● Stably Housed: Ensure residents can live in quality housing they can afford
● Housed by Choice: Facilitate the ability of residents to live where they choose

“The work accomplished through the two phases of work over an almost three-year period is remarkable and has led to a tangible, cross-sector movement in our community for real change,” said Brad Kessel, Board of Trustees Co-chair for Housing Kent and President and CEO of Independent Bank. “Housing Kent lays the foundation is the framework from which we can build, innovate, and continuously improve. The current system was built for a different time; it is time to “Redefine the Path Home” and build a new system that centers equity and the voices of those with lived experience.”

Meet the Team Working on Policy & Advocacy and Community Engagement 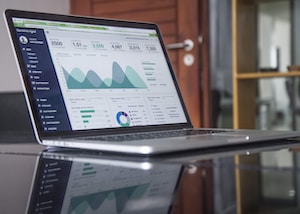 KConnect Partners with Community Organizations on a Spanish-Language Dashboard