When Evelyn Ezparaza-Gonzalez talks about the Latinx community, you can quickly see how passionate she is about her organization and the population that it serves. As the Executive Director of the Hispanic Center of Western Michigan, she was well-aware of the disparate outcomes that COVID-19 was causing in her community and immediately began advocating for easier access to testing and vaccinations. In Kent County alone, there have been nearly 51,000 cases of COVID-19; 15.3% of those cases have been associated with Latinx residents. In other words, 7,803 Latinx residents have contracted the virus since the beginning of the pandemic. When you break it down further, the data shows that 1 in 9 Latinx residents in Kent County has had COVID-19 in the past year compared to 1 in 18 White residents.

For more than a month, Evelyn worked with the Kent County Health Department to secure vaccinations that would be distributed at both the Hispanic Center and Godfrey-Lee Early Childhood Center. Between the three clinics they’ve hosted so far, 256 individuals received their first dose of the Moderna vaccine as of March 19, 2021. Evelyn recalled that it was an emotional day for everyone; some of the recipients were crying with joy as they were vaccinated. One man, in particular, had been hospitalized for nearly a month as the result of a very serious case of COVID-19. It took him two months to recover from the virus, so it was no surprise that he shared how grateful he was to be one of the recipients.

Evelyn knew that it was vital to bring vaccinations into the Latinx community. After surveys and multiple discussions with her constituents, it became clear that while more than 70% of community members were interested in becoming vaccinated, there was a multitude of barriers standing in the way. First, the promotions for the large clinic at DeVos Hall were not in Spanish, and there were very few, if any, bilingual volunteers. The registration process was confusing, as was the building and layout. In addition, many of the people that the Hispanic Center spoke with indicated that they were unwilling or unable to go downtown in the first place. While the Hispanic Center worked with Spanish-speaking media outlets to attempt to ease the concerns of the Latinx community, many residents were still hesitant to participate.

Frustrated with the process, Evelyn and the leadership team at the Hispanic Center advocated being a distribution center. After speaking with multiple Health Department officials, Evelyn connected with Medical Director Dr. Nirali Bora, who was instrumental in bringing vaccinations to the Center. The concern was that there wouldn’t be enough space and their location, but with continued conversations, it became clear that not only would there be room at the Center, but that they could also partner with Godfrey-Lee Public Schools and host a clinic at their Early Childhood Center. Funding from 5/3 Bank for transportation was secured in order to provide shuttles to and from the site. Once it was apparent that the clinic would be approved, the Hispanic Center began reaching out to members of the Latinx community who qualified for this round of vaccinations. In addition to phone calls, the vaccine clinic was promoted with Spanish flyers and on Spanish media outlets to specifically target individuals who would be uncomfortable navigating the English-only environment at DeVos.

One overarching concern that they heard from possible recipients was that they did not want the Johnson and Johnson vaccine. Evelyn understood that throughout history, underrepresented populations have been given lower quality or insufficient treatment compared to the White community, leading to a lack of trust in the medical field. The Hispanic Center will continue to educate the community on the safety and importance of all three vaccines. Another concern was whether recipients needed to show a state ID or have proof of citizenship to receive the vaccination. The Hispanic Center did not request documentation and only asked for any type of photo ID to register, removing just one more barrier that kept many Latinx community members from becoming vaccinated.

Throughout our conversation, Evelyn reiterated the importance of the Hispanic Center becoming involved to support the Latinx community. The Center is a trusted leader in the community and understands the needs of its residents. While the Hispanic Center is receiving a small stipend for the use of the building and for finding residents willing to participate, they are not being compensated for their work. On the day of the clinic, the Center closed for regular business and all of the staff worked together to make the process run smoothly. To cover marketing and administrative costs, the Hispanic Federation provided a grant to make the clinic possible.

Evelyn is preparing for two more clinics at Godfrey-Lee Early Childhood Center and another distribution at the Hispanic Center in the near future. It’s clear that Evelyn and her team will continue to serve the Latinx community and act as a trusted provider and advocate for their community. If you are an organization that is interested in becoming a vaccine clinic, please refer to this document for more logistical information. If you are interested in signing up for a vaccine, please call or text 616-206-3150. 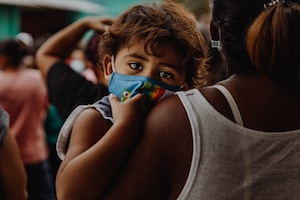 Why “Normal” Was Never Enough 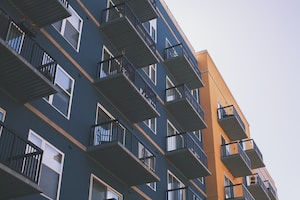