The Crisis of Family Homelessness

Eleanor Moreno spends much of her time “listening to and lifting up” the stories of people around her. It’s a key part of her role as Director of Community Engagement at the Other Way Ministries and her volunteer work as a community activist and organizer in her beloved Roosevelt Park neighborhood.

“It’s important to me to honor people’s stories and to understand who they are, where they came from, and where they want to go and use that to help create change,” Eleanor explains.

Eleanor’s story in West Michigan started when she was a young child. She moved with her mom and her three younger siblings from Chicago to Grand Rapids – just one of the 27 moves Eleanor has made in her life. At the age of 30, she has moved almost once a year.

“It just felt like the natural thing,” she says. “There was a lot of back and forth, up and down the corridor.”

That’s the corridor in southwest Grand Rapids, where she moved within Roosevelt Park multiple times and occasionally to nearby neighborhoods. Her housing situations ranged from the basement apartment to a big house with a yard and a dog. Nothing lasted. Eleanor isn’t exactly sure what happened each time, but she says it was always financial, despite her mom consistently holding one – and often two – jobs. Eleanor remembers times that the power and gas were shut off and she’d have to go somewhere else to shower.

There was even a time she tried, unsuccessfully, to make eggs on an outdoor grill. Today, Eleanor lives with her mom in Roosevelt Park but now in the first house they own.
While the details of Eleanor’s story are unique to her, the experience of growing up without stable housing isn’t uncommon in our community. For some families, it means frequent moves while trying to pull together the money to stay somewhere. It may mean “couch surfing” with family and friends. It may mean hotels. It may mean emergency shelters. It may mean the backseat of a car.

That reality led a group of housing providers and other organizations that work with under-resourced communities to ask for help. Although many of them had been working on this problem for years, they contacted KConnect last summer, requesting the organization bring people together to analyze data, examine the current system, and figure out how it can work better for children and families, particularly People of Color, who are disproportionately impacted by housing insecurity and homelessness.

“Our board recognizes both that housing is a family’s largest asset that must be safe and stable and that this is a complex problem that is not new and is pervasive in a fractured system with a variance in funding and mission strategies, “says Andrew Brower, co-chair of the KConnect Board of Trustees. “The current system is not effective, and with even worse experiences and outcomes for children, families, and communities of color. Our mission at KConnect compels us to be part of helping reverse this reality; we all have to do better.”

KConnect accepted the challenge and convened a diverse group of more than 50 people from the homeless response and housing systems as well as philanthropy, business, education, government, law enforcement, human services, and people who have experienced homelessness. Understanding data availability and what the data revealed became the first priorities.

More than 10,000 people in Kent County were in the homeless system in 2018, meaning they contacted an organization for help and were assessed to be either homeless or at imminent risk of becoming homeless. Of those 10,538 people, about one-third, or 3,471, were children. The disaggregated data revealed deep disparities in who was homeless that year:

These numbers don’t reflect the full extent of the problem, as they only include people who contacted the homeless system. Those who moved in with family or friends or found help elsewhere were never counted.

“It’s a crisis that one in seven Black children in our community has experienced homelessness,” states Eric Williams, Executive Director of the United Methodist Community

House and a member of the group working on this issue.

“There is a history of individual, systemic, and institutional racism that has led to the creation of policies, practices, and actions leading to the racialized outcomes we see playing out in our system today.”

KConnect has been convening partners for a year-long process that is scheduled to wrap up at the end of 2019. It will result in a comprehensive community plan aimed at increasing affordable housing and decreasing homelessness for families, children, and youth, with an intentional focus on eliminating racial disparities.

“It will be up to all of us to effectively implement the plan and hold ourselves accountable for the outcomes we want to see in our community,” explains Ryan VerWys, CEO of the Inner City Christian Federation. “We need to do better together so that families don’t experience homelessness, and if they do, it should be brief and not happen again.”

“This problem has been building for years in our community; we won’t be able to fix it overnight,” adds Laurie Beard, retired President of Founders Bank & Trust and another member of the team working on this. “It will take ongoing commitment from all of us – including the private sector – to dissolve family homelessness and housing insecurity in Kent County. We can and must get there.”

Central to this process are those who have experienced homelessness or housing insecurity themselves. They are helping the rest of the group understand the factors that contributed to their situation and what has and hasn’t worked in helping them secure stable housing. Eleanor Moreno is co-facilitating that group and advising the overall process in the hopes that it leads to solutions that work.

“We have to keep doing this and keep challenging. It has to come from us because we have the experience. Those providing the services haven’t had to live the way we have and do the things we did.”

It should be noted the data is not precise due to margins of error in American Community Survey data that is collected via survey and extrapolated to estimate the population number. To learn more about the data, visit http://bit.ly/KConnectHousingData. 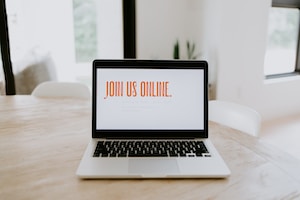